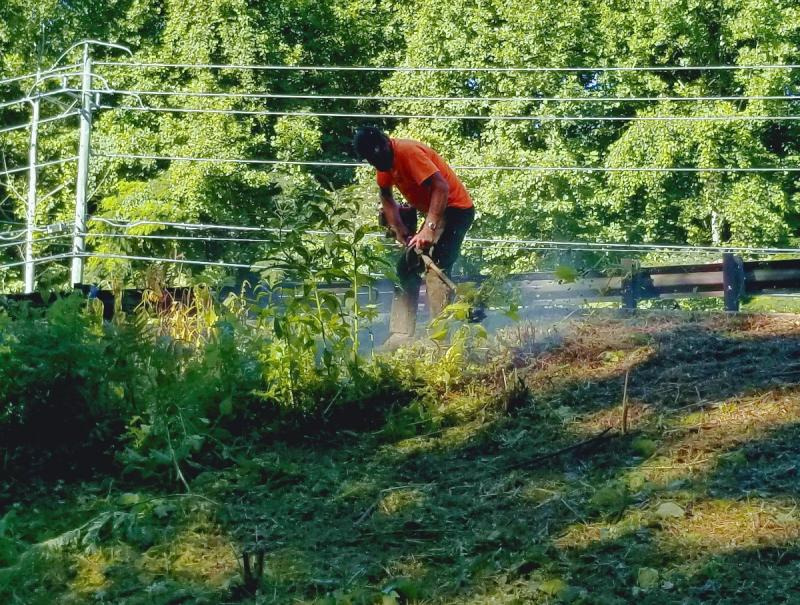 A big thanks goes to Les Brady and the Town of Townsend for helping to keep the TRWA looking great for the Summer!

We had a fantastic maintenance day at the River Walk on Friday, June 21, 2019.   There were 7 members from the Tuckaleechee Garden Club and a big bonus Les Brady from the Townsend Maintenance Department was on hand doing some heavy lifting.

The signs were cleaned, the gardens were spruced up, downed limbs and other debris was removed, trees were trimmed, vines were removed from trees, weed eating was completed and of course invasives were cut, removed and the remaining trunk was sprayed.   The mimosa's were at their peak and we removed a majority of them.  Two huge princess trees that were discovered this year were girdled to get ready for a fall take down.  Another princess tree that was cut down several years ago had grown new limbs reaching 20 feet and we removed and sprayed that tree.  The edge along the top paved path was weed-whacked and cleaned up so that the river can be viewed from that vantage point.

The Townsend River Walk and Arboretum is in great shape for the summer season.  Thanks to everyone that supports the TRWA, it is appreciated!

Another Maintenance Day is scheduled for Friday, July 19.  See you then.